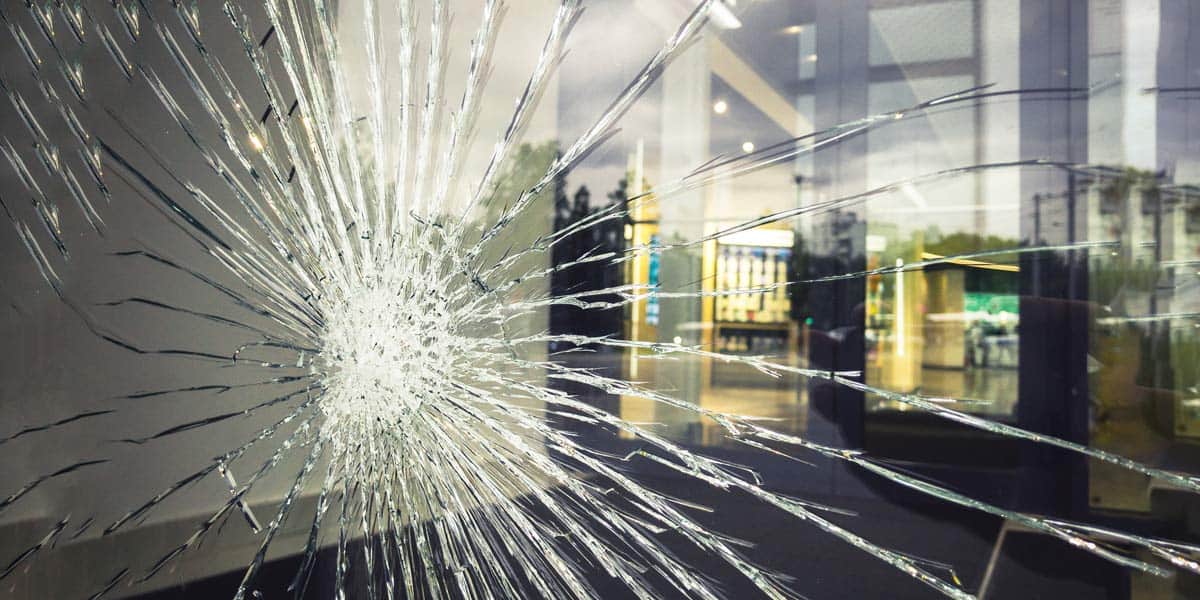 How does security window film for commercial buildings work?

By Chris EderDecember 5, 2021No Comments

Protecting commercial building tenants and assets from harm is increasingly on the minds of building owners, managers, and businesses. From the never-ending news stories about mass shooters, vandalism, and damaging weather events, the glass windows and doors on commercial buildings are vulnerable.

But you may be wondering how does window security film work?

What is security window film?

Security films are laminated sheets of polymer film layered to create protection. These films are applied to existing windows, either on the interior or exterior of the window, depending on type of film used.

Security and safety films work similarly to fortified glass, with one exception. Unlike fortified glass, security window films are applied to existing glass windows and doors for added protection.

While no window film is bullet-proof, safety films also add protection from unwanted or forced entry into your building. The specially coated film holds broken glass together, increasing the amount of force and time it takes to enter. This slows down intruders trying to break in and adds valuable time for occupants to get to safety or call for help.

Are there different types of security window films?

Yes, there are numerous types and brands of security and safety window films available with different materials and thicknesses that can be customized to the specific requirements of the building location. In general, the thicker the film, the higher the durability and protection level.

For many commercial building applications, an 8-14mm thickness is typical. These thicker films are made by laminating several individual layers of security films together with an adhesive. Security films are also available for exterior application and can be combined with an Impact Protection Attachment for added protection.

When reviewing the safety and security window film brands available, 3M Security and Safety Films are the market leader, with one of the most comprehensive warranties in the industry and a rigorous certification process for dealers and installers.

Talk to an authorized 3M Dealer such as Epic Solar Control to get a complete security profile analysis for your building for the best results. This will help ensure you have the right level of protection based on the threat profile of your specific building and location.

In addition to the added protection safety and security window film provides, there are other benefits for commercial building applications.

Security window films come in a variety of shades and materials to match the aesthetics of your building. These shades offer varying degrees of visible light transmitted, UV protection, and energy rejection. This means you can combine the protection of security film with the added energy savings and sun control of window film. A superior product that offers these benefits is 3M’s Ultra Prestige and Ultra Prestige Exterior window film.

Additionally, the shades available allow you to customize the visible light transmitted through the window so you can control the opaqueness or transparency of your security window film, thus preventing potential intruders from seeing inside at night.

The micro-layered security film also helps protect the glass itself. The thin film acts as a protective layer, preventing direct contact of the window glass with debris that might cause it damage. This is especially useful in windy regions.

Glass is a very weak material and easily shattered. Having a layer of security film does not prevent it from being broken but holds the shattered pieces together. This will reduce the risk of injury from direct impact and help with cleanup.

The strengthened windows also slow down break-ins by providing greater resistance to the tools an intruder may employ. While not offering complete protection from unwanted entry, the added delay allows law enforcement more time to respond.

Security films provide comparable protection to fortified glass at a lower cost. Fortified glass consists of laminated glass layers with a polymer PVB layer sandwiched between absorbing the impact and holding the glass together on impact. Their installation would require replacing all current windows, whereas security films can be added onto existing windows.

Have questions about which safety and security film is right for your commercial building? Give us a call at 469-577-9933, or schedule your free security consultation today.

Epic Solar Control has built a reputation for providing exceptional quality craftsmanship and superior customer service. Have questions about window tinting or security film solutions? Give us a call anytime; we would love to help!

We’re here to help. Epic Solar Control is a 3M™ Certified Dealer Installer and we’re happy to answer any of your questions regarding window tint films, the installation process, or any other questions.

Is Security Window Film the Same as Bulletproof Glass? 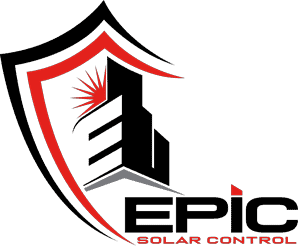